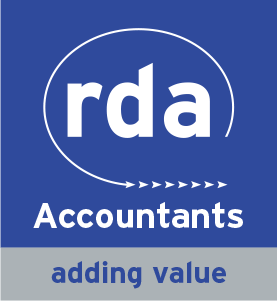 Making a success of succession - handing over a family business

Planning early and putting a formal agreement in place is key to a good outcome when handing over a business to the next generation.

The issue of succession is a heavy one for a family business. Time and again, business owners have tried and failed to avoid the classic mistakes. There are the companies that fail to plan at all, and which are plunged into chaos when the moment for the inevitable succession arrives. There are the cases where the next generation isn’t ready to take the reins and the business suffers as a consequence. Often the wrong successor is chosen by default – it falls to a son or daughter to take over, where a talented outsider would have done a better job.

Succession is by its nature a time of transition and there is a burden of communication that is often overlooked and as a result employees, customers or other stakeholders miss key messages. There are also the cases where succession is forever forestalled by the former leader who can’t let go and continues to look over the shoulder of the new management.

To avoid all these errors and more, I suggest the following:

It’s surprising just how many family businesses haven’t put time into planning for succession. It’s something business owners frequently put on the long finger, not realising that a formal succession plan or exit strategy should be put in place long before it is needed.

It is best to seek professional advice to help draft this plan, not least to receive the benefit of an independent opinion.

2: Empower the next generation

Give the next generation the opportunity to be involved in the decision-making process long before they take control. Step back from the business in stages. Start to give them responsibility for making important decisions so they will learn how to weigh up pros and cons and reach the right decision for the company.

Family pride dictates that business owners often default to assuming that their children are the most natural candidates to take over – however, it may be that the best person for the job is a non-family member

Describe the proposed changes and a new vision in good time. Staff, customers and suppliers should all be kept informed of the current owner’s plans to reduce involvement and who is taking over the reins. Explain why he or she is the perfect candidate for the job.

Once you have made the final leap and replaced yourself as the head of the business, it is vital to keep a low profile and not become a second MD. That temptation will be there if you stay on as Chairman for a period.

For more information on succession planning call George Skelton at 053 9170507 or email gskelton@gmail.com